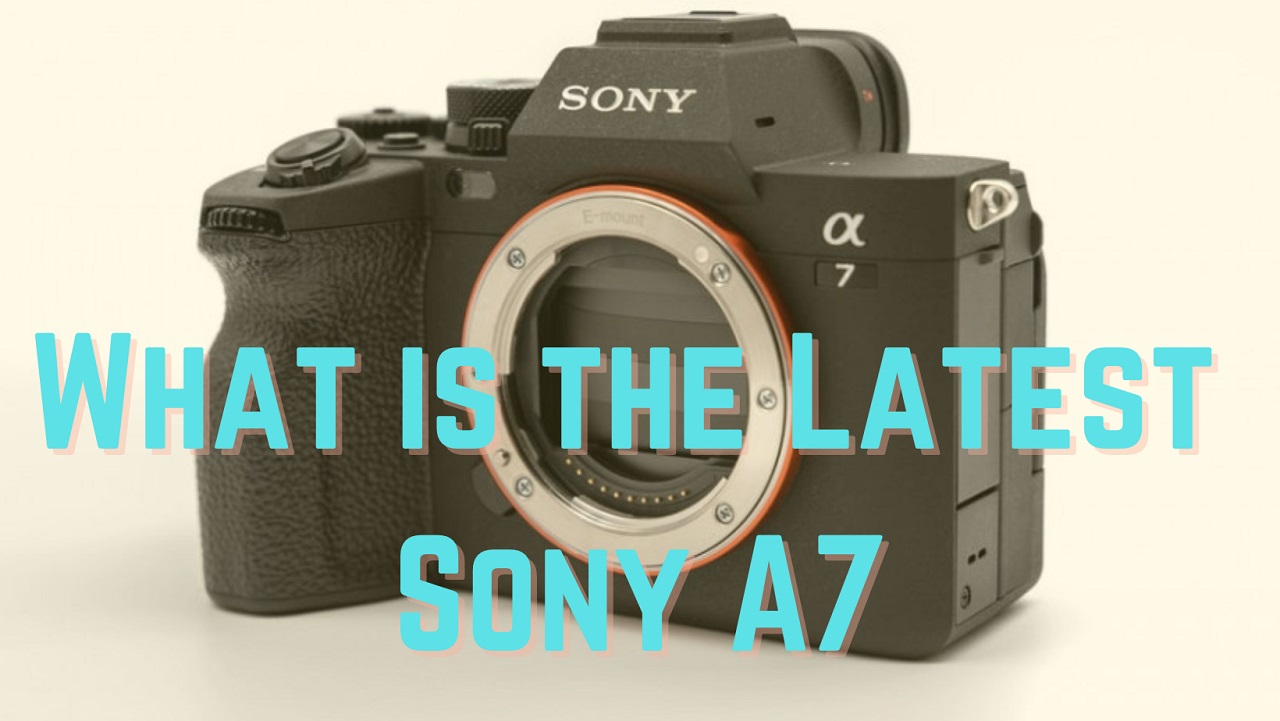 Let’s have a look on what is the latest Sony A7 camera that is currently available in the market!

It’s been nine years since Sony first launched A7 as its first full-frame mirrorless camera in 2013.

And about four years since the last version of A7 was released in 2018.

Join me as I walk you through the latest Sony A7 full-frame mirrorless camera!

What is the Latest Sony A7?

Is Sony A7 IV a good camera?

Sony A7 IV is an upgrade both in effective pixel resolution and autofocus capabilities from its predecessor – the Sony A7 III which was launched four years ago in February 2018.

With a 33-megapixel backside illuminated CMOS sensor that is expected to deliver outstanding speed and image quality.

While the image processor BIONZ XR engine is similar to what is used in Sony’s flagship model the Sony A1 which provides faster processing speed.

It also features a 5-axis IBIS (In-Body Image Stabilization), an improved handgrip, and a weather-sealed body.

It can also be charged or powered through a USB (Type C) terminal.

Sony is known to produce video-capable mirrorless cameras and the A7 IV is no exception.

This model can record 4K up to 60p (although in crop mode) and some other new features making Sony A7 IV a much more capable video camera than its predecessors.

That’s suitable for enthusiasts who are looking for their first full-frame mirrorless camera.

Is A7 IV worth buying?

Based on my research, there are many indicators that A7 IV is a very good choice, especially if you are looking to have your very first full-frame mirrorless camera.

With the current market price, Sony A7 IV is still quite expensive. But you will be getting good value for your money because this is a very capable hybrid full-frame mirrorless camera.

While it may not advisable as an upgrade if you already have the A7 III.

I, for one, have already fixed my sight on this model, and I’ve done my initial window shopping for the best deals.

I am targeting to buy a body and pair it with a third party lens that will have a better spec than the kit lens.

Although I haven’t seen yet an article that A7 IV was paired with any Sigma lenses.

Currently, there’s an offer at a local camera shop, but I’m waiting for a better price and other lens options.

Will probably go for it when the holiday sale starts.

As I have outlined, the latest Sony A7 mirrorless camera is the Sony A7 IV.

Since it went on sale in December 2021, it has become a popular choice with its upgraded specs. Especially for those camera enthusiasts who were looking for a video-capable mirrorless camera.

Once I have purchased A7 IV to be my very first full-frame mirrorless camera, I will share my own experience with it!

So, there you have it, folks.

If you have any questions or suggestions please leave a comment below and I will try to answer as soon as I can and to the best of my knowledge.