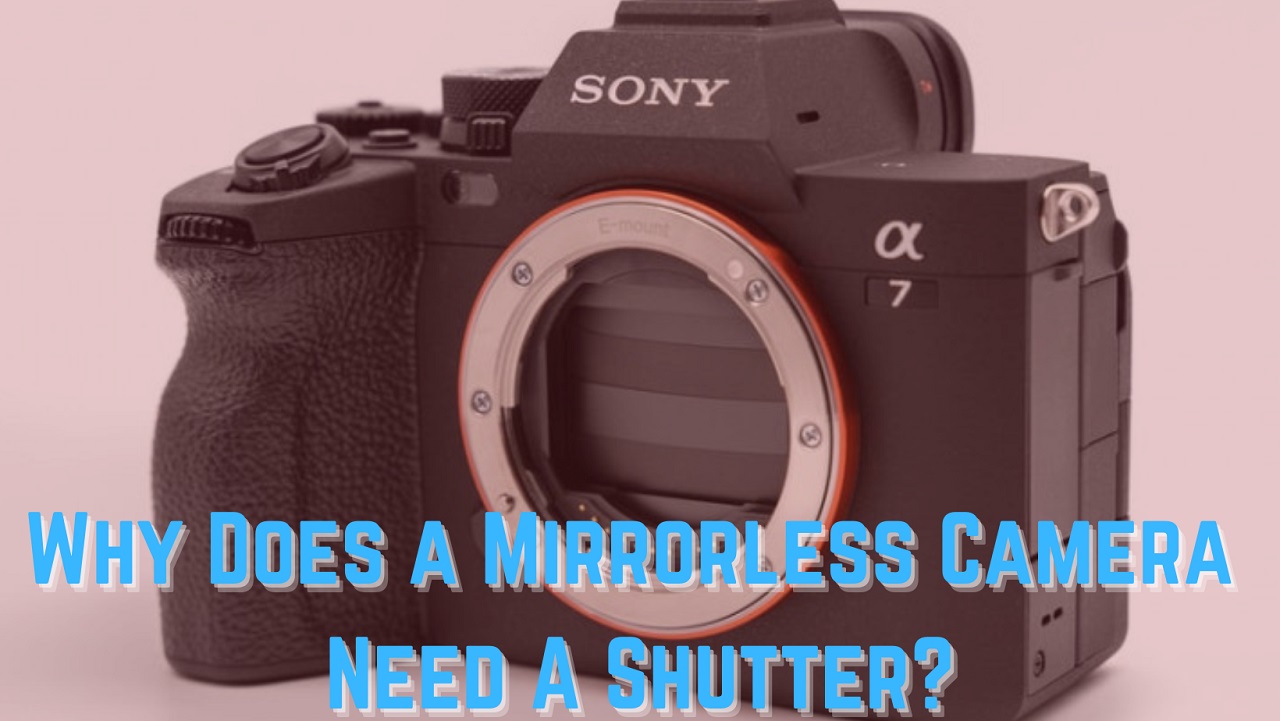 Today I will be discussing why does a mirrorless camera need a shutter. And as a beginner, you might have wondered and heard about mechanical shutters and electronic shutters.

Also known as a shutter curtain, a mechanical shutter is still widely utilized in mirrorless cameras.

While in some newer mirrorless cameras…

Both the mechanical shutter and electronic shutters are combined to work hand in hand.

Mirrorless Cameras need a shutter to block the light and or allow the light to pass through and into the image sensor.

The shutter is necessary to have an even and properly exposed image.

So, join me as we break down why shutters are needed.

Why Does a Mirrorless Camera Need a Shutter

A Mirrorless Camera needs a shutter to block and or allow the light from reaching the mirrorless camera sensor. SHUTTER is a critical part needed to have evenly or properly exposed captured scenes. A shutter is also known as a shutter curtain. Two kinds of shutters are widely used in mirrorless cameras- Mechanical shutters and Electronic shutters.

1) A SHUTTER is needed to BLOCK the Light

Foremost, we need to understand that the image sensor of a mirrorless camera is always exposed.

That’s right… and it is by design! As shown in the below image.

And as you are aware… a constant light aimed at the image sensor will result in an over-exposed image!

A SHUTTER blocking the light from hitting the image sensor is the first process of a sequence of timed shutter movements to obtain a properly exposed image.

This is what happens ideally.

➡️ Mirrorless Cameras that are equipped with Mechanical Shutter only

➡️ For Mirrorless Cameras that are equipped with Electronic Shutter

The moment the shutter button is pressed, the mechanical front-curtain shutter moves up to cover the image sensor and will then moves down. And in the case of an electronic shutter, it will turn OFF and ON the sensor (as explained above).

The succeeding sequence is that the rear shutter will move down, completing the process of exposure to light.

To elaborate, this is what happens in detail;

➡️ Mirrorless Cameras that are equipped with Mechanical Shutter only

➡️ For Mirrorless Cameras that are equipped with Electronic Shutter

The above two illustrated processes are critical in getting an evenly lighted and sharp image.

… or in other words, properly exposed image.

3) What is Focal-Plane Shutter

Focal-Plane Shutter is the term used for mechanical shutters that are built in front of the image sensor.

This type of mechanical shutter is the most widely used for mirrorless cameras designed and fixed on the camera body right in front of the sensor.

The below video talks about focal-plane shutter and shutter speed.

I have also discussed shutter speed in my previous article about How To Learn Basic Photography on Your Own, as it is one of the most important elements to have proper exposure.

We have established the reasons why mirrorless cameras need a shutter.

A shutter is needed due to the following;

We have also identified the types of shutters, they are the following;

Whereas, we also now know two types of electronic shutters, they are as follows;

And we also now understand and are aware that the integration of an Electronic shutter into mirrorless cameras is to resolve the issue of shutter shock, which is caused primarily by the mechanical front-curtain shutter.

So, there you have it, folks.

Once again thank you for reading. Please leave a comment if you have questions or suggestions, and I will try to answer them as soon as I can and to the best of my knowledge.