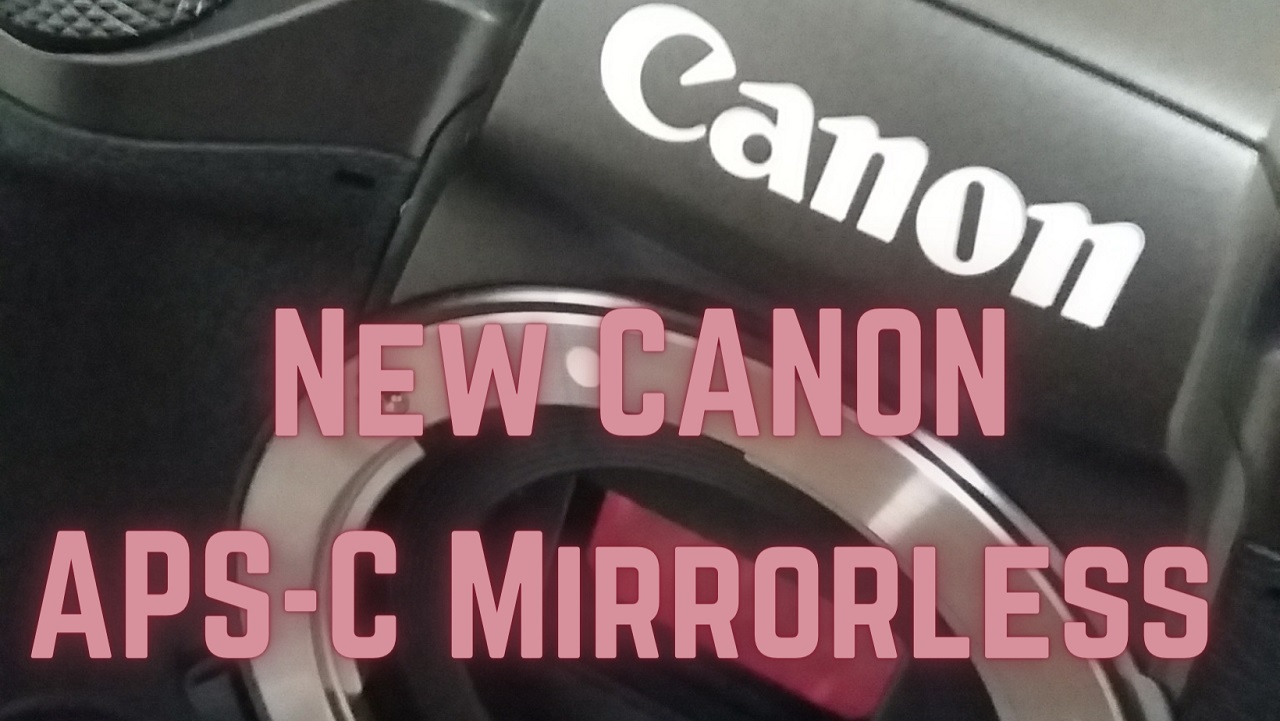 The new Canon APS-C mirrorless camera for the EOS R lineup was first rumored in Q4 of last year.

The news broke out around November last year when CanonRumors stated that a new RF mount for the APS-C system will be launched early this year.

Two new models, the very first APS-C format for the R series (which is likely to succeed the EOS M APS-C range) were announced last month, May 2022.

Before this launch, the Canon EOS R series are only built for the Full-Frame system.

Now that Canon has added APS-C to the EOS R lineup… it makes more sense, as RF lenses cannot be used in the EOS M range and vice-versa, even with a mount adapter.

In simple words, RF lenses are not compatible with EOS M mirrorless cameras.

So, let’s find out what are the two new APS-C formats under the EOS R lineup!

The two new Canon APS-C Mirrorless cameras recently launched under the EOS R family are; 1) Canon EOS R7 is a 32.5-megapixel APS-C CMOS sensor targeted at enthusiasts and considered best for sports and wildlife, and 2) Canon EOS R10 with a 24.2-megapixel APS-C CMOS sensor designed as a standard or as an entry-level type of mirrorless camera in this range. Both are using the AF Technology of EOS R3, the deep-learning technology that enhanced subject detection and tracking capabilities.

Targeted at enthusiasts and more advanced shooters, the Canon EOS R7 mirrorless camera boasts impressive specs any avid Canon user would want to have in an APS-C format.

And R7 is considered best for sports and wildlife.

The body is lightweight and more compact optimizing portability, it is as well weather-sealed.

For other key features, see below.

The EOS R10 does not have In-body image stabilization and the Canon Log profile is not supported.

While R10 does include a built-in flash and vloggers and content creators should love the Youtube Live Streaming function.

It has almost similar features as the more expensive R7.

Therefore, this would be an affordable option for Canon shooters or even for beginners who are looking for a compact and lightweight APS-C mirrorless camera with higher specifications to boot.

During the launching of Canon EOS R7 and R10, two native lenses for RF mount were also announced, the RF-S kit lens.

These two lenses were designed to be optimized for the APS-C system’s R lineup. Where one of these lenses may end up as a kit lens for both R7 and R10 camera bodies.

Likewise, existing RF lenses can also be utilized without the need of a lens mount adapter as they belong to one mount group… which is the RF mount.

What is the Difference Between CANON STM and USM Lenses

We have identified the new Canon APS-C mirrorless cameras and their native lenses for the EOS R lineup!

Again, they are the following;

With this Canon’s introduction of RF mount for the APS-C system, will the rumored discontinuation of EOS M have finally arrived?

What do you think…

So there you have it folks, once again thank you for reading. If you find this article helpful or you have some questions please leave a comment and I will try to answer them to the best of my knowledge.